The chador is a full-body-length shawl held closed at the neck by hand or pin. It covers the head and the body but leaves the face completely visible. Chadors are most often black and are most common in the Middle East, specifically in Iran. The burqa is a full-body veil. It is most commonly worn in Afghanistan and Pakistan. Under the Taliban regime in Afghanistan — , its use was mandated by law. Types of Headscarves. What religious or cultural symbols are important to you or your family?

How important do you think they are for others? How would you feel if people pressured you not to display them? How do you explain the fact that there are so many different interpretations of whether or not Muslims choose to wear the veil? Why has the veil become such an important symbol and thus the focus of controversy? What everyday objects in your life have become political symbols? What do you think the veil represents in the eyes of non-Muslims? When do clothes become political?

Why did the veil become a political symbol for Muslims who fought against European colonialism? How do people in your community use clothes to express their political views and identities?

Related Content. Read personal points of view on why some young women in France choose to wear headscarves. Download Free Sample. Subscribe to Our Blog. Find a Workshop or Seminar.

Veils in the Western World: a Thousand-Year History - Books & ideas

Search Our Global Collection Everything you need to get started teaching your students about racism, antisemitism and prejudice. Stay Connected With Us Sign up for email updates. For this purpose, a selected amount of electrospun veils were laid up in the aluminum dish. This cure rate was selected as it is the commonly used for aerospace qualified prepreg system. At the end of the curing cycle, the samples were left to cool down slowly at room temperature.

Six layers of dry carbon fabrics with electrospun veils were stacked on a steel plate. Around the perimeter of the layered stack, an adhesive silicone tape was placed to provide a suitable seal and a flexible vacuum bag was placed on top. An inlet tube and an outlet tube were put inside the vacuum bag. The inlet tube was connected by a valve to a pot filled with unmodified epoxy resin while the outlet tube was connected to a vacuum pump.

The vacuum was applied while the inlet valve was closed to compact the layers and to remove excess air. A similar cure cycle was used for the prepreg composites. The obtained stack was compacted using a vacuum bag at room temperature for 15 min.

Hot-stage microscopy was used to observe the dissolution of coPES fiber in an epoxy resin at different temperatures. The unmodified epoxy resin was first preheated to the testing temperature. Next, a drop of resin was placed on a thin glass microscope slide where coPES fibers were spun before, after that another thin glass slide was placed on top of the veil. The prepared sample was subsequently held in the hot stage at the testing temperature and observed under the optical microscope, with the time needed to dissolve the veil being noted.

The electrospun veils, the cured matrixes and the cured laminates was analyzed. For the etching treatment, the samples were immersed in the acid mixture and stirred for 20 min. The acid mixture was used to etch the epoxy phase increasing the contrast between the thermoplastic and epoxy phases. The cured laminates were polished before etching. All etched samples were gold sputtered before the analysis without any other treatment. The results on the neat resin samples are presented first, while the data for the composite laminates reinforced with carbon fibers are discussed after.

To evaluate the dissolution rate of the electrospun fibers at different temperatures, hot-stage microscopy was used. Figure 1 a shows the veil immersed in the epoxy resin at the start of the test. After few seconds, the electrospun fibers were no longer visible Figure 1 b , and, after 1 min, all fibers disappeared because the veil was fully dissolved in the resin. The time at which no fibers were visible was recorded as the dissolution time.


All the dissolution times recorded for different temperatures are plotted in Figure 2. To prepare the neat resin samples, the unmodified epoxy resin was poured in the aluminum dish where the electrospun veils were previously laid up Figure 3. The impregnated veils were cured in an oven to study the veil dissolution. At the end of curing the samples became opaque.

In their systems, Kim and Inoue observed the disappearance of the low temperature peak upon increasing of the curing time. The low temperature peak was correlated to an epoxy oligomer phase which was converted to a crosslinked phase leading to a more homogenous epoxy network after higher curing times. However, it must be noted that, in contrast to what was reported by Kim and Inoue, in our samples, we found an increase of the high temperature peak instead of a decrease upon post-curing. This difference could be interpreted as an improved conversion of the unreacted epoxy groups leading to higher Tg because post-curing was carried out at higher temperature i.

The modified blends after the first curing step showed a main relaxation peak and a shoulder at lower temperatures Figure 5 a.

A Brief History of the Veil in Islam 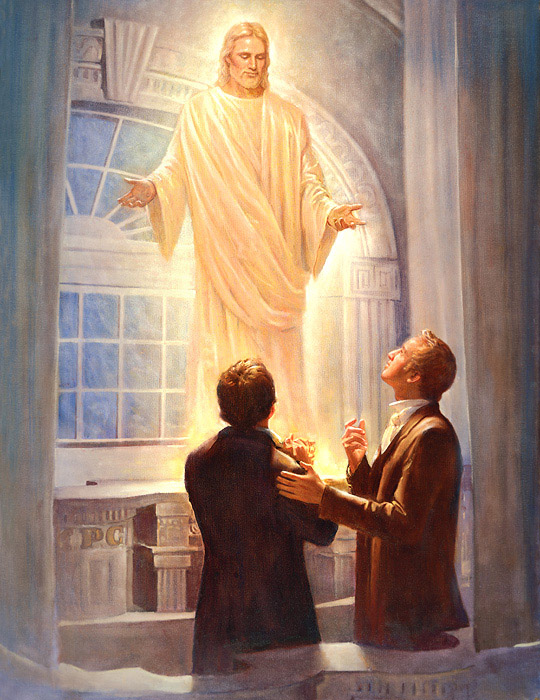 The storage modulus curves showed higher modulus in the glass region for the modified systems compared to the unmodified resins. This can be explained as the results, for the modified blends, of the reinforcing effect of the stiff thermoplastic domains in these systems. Varley et al. The change upon post-curing was explained as the results of the conversion of the unreacted epoxy species which was favored for systems displaying particulate morphologies. The systems studied in the present paper presented relevant differences compared to the blends analyzed by Varley et al.

Second, the amino-phenol end groups of the coPES used here allowed the co-reaction and an improved compatibility of coPES with the epoxy monomers as proved by several authors [ 21 , 22 ]. The use of MDEA led to phase separation in the early stage of curing, which due to the increased compatibility of our coPES with the epoxy monomers, presented a high amount of epoxy-curing species dispersed in the thermoplastic rich domains. Van Overbeke et al. The presence of a high amount of not fully cured oligomer epoxy-curing agent species can lead to the decrease of the glass transition temperature of the thermoplastic rich phase.

Upon post-curing, the increased mobility of the coPES-rich phase allowed epoxy-curing agent species to demix from the thermoplastic phase purifying it and completing their conversion resulting in the formation of a higher crosslinked epoxy network with thermoplastic-rich phase dispersed. However, it must be noted that the samples prepared in this paper underwent a more complex cure profile, needed to fully dissolve the electrospun veils, while, in the previous paper, the coPES powder was pre-dissolved in the epoxy monomer before adding MDEA to the blend. Morphological analysis was carried out on both sample before and after post curing.

The results for post-cured samples are reported in Figure 6. The analysis revealed for all the samples the presence of a predominant particulate morphology. SEM analysis confirmed the full dissolution of the electrospun veils. Carbon fiber reinforced laminates were produced by infusion to validate the veil dissolution in composite processing. The amount of the veil deposited was balanced against the areal weight of the carbon fabric to obtain the desired amount of the thermoplastic in the interlaminar region of the composite.

The samples after post-cured were analyzed by DMA Figure 8. This peak was much wider than the peaks observed for the other two modified systems and its height was lower. The results of the DMA analysis Figure 8 showed a different trend compared to the neat samples containing the same veil percentages Figure 5 b. The morphological analysis of the cryo-fractured laminates confirmed the findings of the DMA analysis. Interlaminar morphologies markedly different than for the neat resins were observed Figure 9.

How did we get it so wrong? To me, and to my fellow Arab feminists, being told what to wear was just another form of tyranny. Where I once saw the veil as a symbol of intolerance, I now understand that for many women, it is a badge of individuality and justice. That was not always the case.


Not long after I moved to Cambridge, Mass. We were shocked to find a large crowd there, the women all in hijab. It was an arresting, unusual sight — and one that made both of us instinctively uncomfortable. So for me the sight of women in hijab in America was a disturbing one. In the late s hardly anyone in such cities as Cairo and Alexandria wore hijab. But by the s that had all changed. The Islamic resurgence had made extraordinary gains across Egyptian society even as escalating militant Islamist violence was shaking the country in a growing atmosphere of intellectual repression.

In , Farag Foda, a well-known journalist and critic of Islamism, was murdered. The following year, Nasr Hamid Abu Zayd, then a professor at Cairo University, was accused of being an apostate; he was later forced to flee the country with his wife. In , Naguib Mahfouz, the Egyptian novelist and Nobel laureate, was stabbed by an Islamist who claimed to be outraged by his blasphemous works.

All of this, then, was instantly brought to mind by seeing the hijab in Cambridge. Was some kind of extremist, militant Islam taking root in the West? Was that what the presence of the hijab signified?

Could the Muslim Brotherhood have somehow managed to establish a foothold here and in other Western countries?